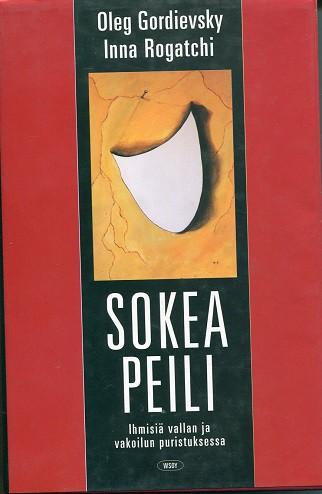 President of France, Francois Mitterrand was shocked in the Autumn 1992. The Head of Counterintelligence DST Jacques Fournet had informed him about an alleged grave espionage of his old friend, a former minister of defence 1980-85 Charles Hernu.

Mitterrand demanded that Hernu’s past be regarded as a state secret, since he had died two years earlier and could not defend himself.

all things military. The Rainbow Warrior affair – when French saboteurs

under Hernu’s command blew up a Greenpeace ship in 1985 – brought his career to a halt, and Hernu died of a heart attack five years later.

– and perhaps beyond. L’Express weekly based its cover story on a file turned over to the DST, the French counter intelligence agency, by a Romanian official in 1992. The two journalists who investigated the story travelled to eastern Europe to confirm details with Mr Hernu’s former ”handlers”. No high level ”moles” had previously been identified in France. According to L’Express, Charles Hernu was first approached in 1953 by Raiko Nikolov, a secret agent serving at the Bulgarian embassy in Paris. For three years, Hernu – known by the code name ”Andre” wrote reports for Nikolov – including a profile of Mitterrand. For these he received between up to £1,807.

The payments increased when Hernu became the youngest member of the French legislature in 1956. The Bulgarians then turned him over to a Soviet ”handler”, Mr Vladimir Ivanovitch Erofeev, councillor at the Soviet embassy. In 1958, the Soviet Union invested £36,144 in Hernu’s parliamentary election campaign. The Soviets lost contact with Hernu when he was placed under police protection in 1961. The head of the Romanian Securitate in France renewed the relationship with Hernu – now code named ”Dinu” – in 1963, immediately after Hernu cofounded an off shoot of the French Socialist Party.The KGB resumed control over Hernu a month later. That is where all trace of his espionage career peters out. Was Hernu still an agent nearly 20 years later, when as defence minister from, 1981-85 he gained access to all of France’s nuclear weapons secrets? The answer may yet come from Moscow archives.

In August 1997 a book written by a former KGB colonel Oleg Gordievsky and a journalist Inna Rogatchi with the title ”A Blind Mirror” was published in Finnish. In the book a number of Finns were labeled for their connections with the KGB and the GRU. In connection of the Skripal poisoning case in March 2018, a member of Russia’s Duma explained in a British newspaper that ”in case we would like to eliminate somebody as a traitor, his name is Oleg Gordievsky”. He escaped via Finland to UK in July 1985 as a result of the revelations of Adrian Aimes, a high -ranking FBI officer working for the KGB.

The head of the Finnish security police(SUPO) Seppo Nevala (social democrat, SDP) was fully aware of the problems Gordievsky’s revelations contained from the point of view of Finland’s national security. He was nervous 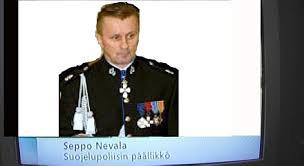 about any debate it would trigger off in the Finnish not to say international media. Actually SUPO had received a lt of evidence about espionage allegations related to the Finnish citizens among whom a number of politicians and diplomats ase well as business people from foreign intelligence agencies like U.S. CIA, German BND and British MI6 earlier during the 1990s. For example SUPO had received

sensitive documents from the former Soviet archives from Vladimir Bukovsky, a former Soviet dissident, already 1992. SUPO had constructed a cover up strategy for a former Prime Minister Kalevi Sorsa (SDP) who was detected to have been a ”confidential collaborator” of the Soviet Communist Party (and the KGB) throughout 1970s and 1980s. Nevala was his former legal advisor when Sorsa was Prime minister 1977-79. 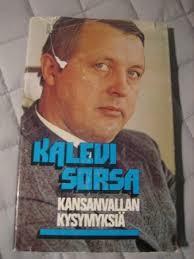 Nevala was nervous in vain because ”A Blind Mirror” caused problems only for its authors. Their credibility was questioned even at the highest political level as was the case with Hernu and in addition to this the publisher

Although the public debate need before it really started about the book, the politicians got angry and the book was a hot topic among them in Helsinki. In his diaries published in 2016, a member of the

parliament(and foreign minister 2000-2007 and 2011-2015), Erkki Tuomioja (SDP) wrote (20. and 25.8.1997) that ”A Blind Mirror” contains ”simplistic and undocumented claims about the KGB and CPSU connections of the Finnish people”. In his review in Ydin Magazine(2/1998) Tuomoja describes ”A Blind Mirror” more or less as a Hollywood type of agent story which again is comparable with the reactions of the French socialists related to allegations against Hernu.

Tuomioja writes also about his meeting with Seppo Tiitinen, a secretary General of the Parliament, who had been head of SUPO

1978-1990. ”Tiitinen regretted the publication of ”A Blind Mirror” . In his diary Tuomioja wrote, that ”Tiitinen did not see any problem with the maintenance of these channels(the KGB) in handling Soviet relations”.

For his part, Gordievsky states that Finland declared as person non grata altogether 40 Soviet diplomats between 1975-95. He may have had a piece of information that in 1992 the government of Finland extradited eleven Russian diplomats who had been extradited before from the Western countries but who were able to work in Helsinki instead. This mass extradition of 1992 was kept secret until 2017. Late Olli Ainola, a special editor of Iltalehti published documents about that unusual extradition in an article on January 7, 2017. Former head of SUPO 1990-95 Eero Kekomäki stated in Ainola’s article, that ”it was decided that Helsinki could not be anymore a resting place for the former Soviet agents, who had been extradited from one of the the Western countries”. Ainola stated that Tiitinen had had a different kind of policy line. ”Tiitinen had been soft”.

In July 1990 Tiitinen had rejected to launch an investigation about twenty Finns who were connected to STASI based on the list of last Stasi Resident in Helsinki 1986-89, Colonel Ingolf Freyer, listed as a diplomat with a fake name Hans Pfailer, 1. secretary, who escaped to West-Germany in November 1989 and listed these names to BND. SUPO received this list in March-April 1990 and Tiitinen mentioned about the existence of the list in an interview in September 2002. He underlined that he did not remember the names. Later on Tiitinen has stressed that no important figures was identified. He is often criticised for

his selective memory because he is famous for his good memory. During the recent years a number of important politicians and business leaders have been identified as sources or trusted contact as well agents of both Stasi and the KGB as well as the Polish military intelligence dating back to the 1970s and 1980s among them one of the board members of Nokia and several members of the parliament.

MP Tuomioja is open in his diaries and writes that in September 1993 his old contact, ”home Russian”, Valeri Marejev called for a lunch. After two weeks, during the lunch Marejev, ”warned about Nato” which was ”like a message from the Cold War era”. Marejev had been a KGB magnet wit a cover of a deputy director of APN in Helsinki already in the 1970s and 1980s. On May 14, 1983 Marejev assisted Gennadi Titov, a case officer of Arne Treholt, a Norwegian diplomat and KGB agent, for their meeting in Helsinki. Even the Resident of the KGB seemed to to have been unaware of that meeting. In january 1984 Treholt was detained and his collaboration with KGB was revealed by Gordievsky to MI6 and the Norwegian counter-intelligence POT. Marejev was Resident of the Russian foreign intelligence(SVR) in Helsinki 1994-1997. Later on he was a translator of Tuomoja’s book published in Russia.

The archives of Vasili Mitrohin contain additional documents related to Sorsa. The decree of the KGB to its Helsinki Residentura in August 1982 contains a lot of information about ”active measures” which were used by the KGB’s Finnis ”operative resources” in the political parties, media and business to support politically and otherwise Sorsa. SUPO may have received this information from MI6 already in the 1990s including names of 40 Finns who have been connected to the KGB. These names and decree of 1982 were published in Verkkouutiset in September 2014 in an article by journalist Juha-Pekka Tikka who is an expert of espionage. In january 2019 the Washington Post published an article about Sorsa based on Bukovsky’s revelations in 1992. The paper insisted that somebody of the Western leaders was shocked that more revelations could start popping up and appealed to President Boris Jeltsin for closing the KGB files which also happened. Gordiesvky states that in 1996 Sorsa was elected in st. Petersburg’s Security Conference to chair an Inspection Commission of the Baltic Sea Region by the Russians. ”Comrade Sorsa’s selection was a correct decision”.

Soon after ”Sorsa warned the Balts for joining Nato. It will not happen”.

”A Blind Mirror” contains a lot of information about the methods and technics of the KGB and the GRU. In 1980 the KGB launched 350 ”active measures” and Moscow received 600 secret or confidential cables from the KGB Residentura in Helsinki. The Soviet security organs had 216 agents in three categories: 88 recruited agents, 73 trusted collaborators and 15 case officers for the illegals. The GRU had additional resources among its Finnish collaborators. In 1987 The Soviet Consulate in the Aland Islands was assisting the secret transportation of Stig Berling, a Swedish agent of the GRU, who was serving life in prison since 1979 but managed to escape during a holiday weekend via Finland to the Soviet Union(and returned to Sweden in 1995).

The Finnish mainstream media was given by Bukovsky the documents related to Sorsa already in January 1993 but no Journal like L’Express was wiling to publish anything. One could ask whether silence is a testimony of Finlandisation? In 1997 the same kind of silence or even fear took place in connection of the publishing episode of ”A Blind Mirror”. The Washington Post may play a role in case the true story about Finlandisation and ”a Quiet War” of the KGB in the late Cold War decades in Finland could be fully analysed in the media and academia. The Quiet War is known as a Hybrid War today.